Whatever endeavor in life, community multiplies the efforts providing results that cannot be achieved alone. Yesterday, this smacked me in the face – hard.

Because of a calendar mistake I made six months ago, I nearly missed an event I was supposed to be at – in this case, a technology conference (that began at 7:30) for which I was manning the booth for our company. Well, it was at 9:59 AM when I received a text from a colleague that asked if I was fine because as he wrote, “I see you did not make it today.” I texted back within a minute “Make it where?” and right after I sent it, I realized with horror what he referred to.

I had mixed up the days.

I thought the vendor portion of the conference was the second day, not the first.

I had blown it. 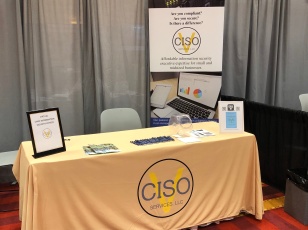 I called my colleague and he assured me he thought it would be fine to set up so long as it was before lunch. The conference center hosting the event was about a 40-minute drive – add in driving home from the office to change, I made it onsite in just over an hour and set up in a few minutes. As it turned out, the planned morning break for attendees to visit the vendor area never really materialized. In the end, I missed very little.

Had I not been active in my professional community, I would not have built up the relationships whereby someone would have noticed my absence and reached out. If I had played the game alone, I would have only realized my error by arriving the next day and finding the vendor area empty. 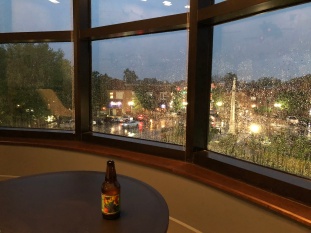 After the conference day ended I returned to my office, dimmed the lights in the common area, grabbed a beer left over from the afternoon networking event, and enjoyed the view of the old town square – all while realizing just how blessed I was to be an active participant in community.

Writing is the same. We cannot create literary masterpieces without input from colleagues, editors, and beta readers. We need each other as we hone our craft and our works, else we never reach our author potential.