Earlier I wrote about how Facebook has impacted me negatively. With the polarization of opinions on COVID, politics, rioting, and so on, I had to quit altogether for a short period of time. 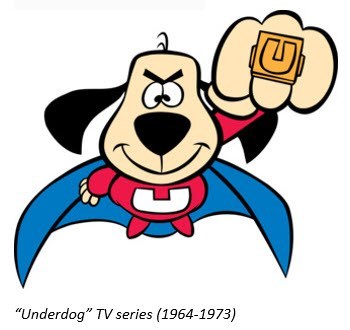 I returned by rebooting, and my choices of profile picture and background reflected such. First, both were a Windows Blue Screen of Death (the classic Windows 95 type because I’m old school). I followed that with a random computer code background pic and HAL-9000 as my profile (as of today HAL is still my profile photo – something about that red camera just intrigues me).

My reboot completed, I had already decided what the next step was. All of my posts for the foreseeable future would be of dogs. I selected one each day from Unsplash, and always made sure to give props to the photographer, though not required. Named The Daily Dog, there were many ideas behind the series. It is a protest against polarizing posts. Just about everyone loves dogs (and I don’t know how much I can trust someone who doesn’t). This would hopefully eliminate hurtful comments. Plus, in the English language Dog is God backwards, sort of like a mirror reflection – and I think that a dog’s unconditional love is a reflection of Jesus’ love.

The Daily Dog morphed from Unsplash dogs to occasionally photos of mine and also to fictional canines. Live action examples included Toto from the Wizard of Oz and Muffit from the original (and best) Battlestar Galactica. Cartoon versions have included Underdog and Scooby Doo. I would like to keep The Daily Dog going until Election Day if I can find enough dogs (I am taking Sundays off). No, division won’t end then but at least with the presidential election in the rear view mirror maybe polarizing posts would diminish.

But what about sharing views about topics I want to discuss, something that I feel I have a right to do without bullying or harassment? I value friends’ respectful opinions and insights, especially in these times, but I refuse to further subject myself and my other Facebook friends to  hateful, argumentative, sarcastic comments. My solution? I have returned to posting current event topics but those who previously had a habit of leaving snarky comments have lost the privilege of participating, as I now use a group for most current event posts that excludes them. That’s too bad, as I would have valued rational exchange, but the thought of hateful responses is too much for me, honestly.

I’d say this approach has so far worked quite well and has preserved my physical, mental, and spiritual well-being, while securing my need to discuss such on Facebook, especially since in-person gatherings are still limited. But I guess anything can happen. I don’t want to permanently block anyone on Facebook (I’ve had to do that only once), but to preserve my right of free speech and to pursue happiness, that may be necessary. Only time will tell.