If you’ve been writing for some time the chances are high that you’ve heard of the terms Plotters and Pantsers or at least understand what both are even if you didn’t know there was a word for it. This post at The Write Practice explains both concisely. 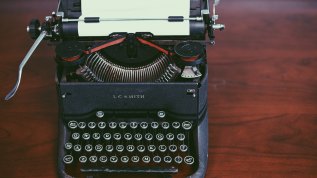 I’d classify myself as primarily Plotter with some Pantser elements, although I’ve approached novel writing in a variety of ways. I had a general idea of the plot for my first novel and constructed around that plan.

My second novel all I started with was the end, as it was a prequel to the first novel. A great example is Rogue One to Star Wars: A New Hope. The writers of Rogue One had the exact ending in mind (even to the point that its last scene immediately precedes the first scene in A New Hope) but had to create most of the entire backstory. For me, that was Pantser in reverse, and a methodology I will not return to. I posted about the process and lessons learned in late 2016.

My third novel, Leaving Darkness, I meticulously planned out every chapter by  first roughing out the three acts, then dividing each act by two and repeating until I had 24 chapter synopses. While the end result was not exactly 24 chapters as I opted to separate POVs per chapter after mapping out the story, I stayed reasonably true to the outline. I wrote about this process that served me well two years ago.

For my WIP, with the working title of Fatherhood, I’m blending the two much like my first novel creation process but with a much greater experience base and many more tools available. I sketched out the three acts – I think that, for me, is an absolutely necessary process, and have completed the first chapter (in addition to a 10,000-word, five-chapter prologue that I intend to release for free as promotional material at the proper time).

Thus, at this point, I have the story framed and the main characters defined. Each act I’m approaching with a heavy dose of Pantser. I enjoy the freedom to create new character and scenes that fit the moment without being constrained by a detailed outline, all while keeping within the guardrails of the plot (yes, that’s a cliche but I like it and besides this is a blog post not a novel).

I’ve concluded that the best process is whatever works best for you is appropriate, but it’s worth dabbling in both styles with different mixtures of Plotter and Pantser to find what is an individual’s best combination. I’ve also allowed myself to be flexible and change that recipe as I desire. After all, writing is supposed to be fun, right?

Leaving Darkness is available at https://www.amazon.com/Leaving-Darkness-Greg-Schaffer/dp/1973644118/

Photo by Daniel McCullough on Unsplash

I’ve never written a novelette before but read somewhere that creating one for a book is a great way to market a book and your brand. I’m working on building my email list, something honestly I should have done several years ago when I wrote my first book, Forgiveness. Live and learn.

I’m working on a new novel tentatively titled Fatherhood and will share more about that book as it develops. Childhood is the novelette I’m developing as a prequel to Fatherhood. Fatherhood is told from the father’s point of view (POV), while childhood from the mothers. Childhood, as the title implies, presents how the couple met as children and the development of their relationship through college.

My main purpose for writing Childhood is to have a freebie to give away in exchange for a mailing address to build my mailing list. I understand that agents and publishers look closely at that as part of the author’s platform (a term I did not know of until my first writer’s conference a week ago, the Mid South Christian Writers Conference). Therefore, my plan is to create this 10,000 word or so novelette (complete with professional editing of course), add a nice cover, and self-publish through Ingram Spark as I have done with several other works. It may even generate some revenue, but it’s email addresses I’m interested in.

As I’ve written the first draft the past few days (5000 words, so about half done) I’ve realized another important benefit. I’ve progressed significantly with the development of the characters and the world building. I see this as such an important offshoot of the novelette exercise that I will probably continue to do this for all of my future novels. When I began five days ago (my goal is 1,000 words on average per day, so I’m right on track) I didn’t even have names for the two main characters. Now I have that, their background, some personality traits, and a great foundation for the conflict that Fatherhood will create.

I’ll announce here when the novelette is available. I don’t have a timeline, as I need to ensure its quality and therefore don’t plan to rush its release. But the process of creating Childhood has certainly been positive and exciting.

Interested in a freebie now? Receive a free copy of Forgiveness at https://dl.bookfunnel.com/kc5ix83t35

Photo by Ben White on Unsplash